Give a start to your own YouTube surfer channel because it is now gaining popularity among online surfers. The app allows surfers to capture their lives as they are around the globe in search of ideal waves. 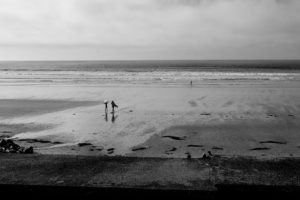 Those successful surfers on the YouTube surfer channel may use the platform to generate additional cash in addition to the money they get from sponsorships and prizes at competitions. However, this should not be the reason for starting a channel on YouTube in the first place. It takes a lot of effort and hard work to become successful on the platform, and it’s obvious that those that do well are motivated by a passion and the desire to create. Becoming successful on the platform requires a lot of hard work and consistency.

The fact that anybody may upload content to YouTube is one of the platform’s many strengths. You do not need to be a professional or one of the best surfers to take advantage of this chance. A surfboard, a nearby beach break, and a creative mind that understands how to convey a tale in a way that is aesthetically attractive are all you need to get started.

The majority of us, however, cannot surf during the whole year. Watching YouTube surfing videos is an excellent method to get a rush and let the waves come to you when you cannot go to locations with waves. Here is a list of the best surfers’ channels on YouTube for you to check out.

Jamie O’Brien, a former professional surfer who became an Internet sensation, has undoubtedly been one of the most entertaining and best YouTube surfing channels. The fearless surfers in J.O.B.’s group are always up for taking on difficult waves, diving into extreme challenges, and experimenting with various bizarre activities. These men have no fear and continually push the boundaries in Hawaii or California. Even better, all of the videos that O’Brien uploads to his channel have been expertly edited by the filmmakers he works with.

Ben Gravy, a New Jersey native who has a surfer channel and is now a popular YouTube vlogger, has been credited for helping to put New Jersey on the map as a destination for surfers. His followers are among the most active on the internet.

People who appreciate his upbeat attitude and straightforward nature have amassed a significant fan base thanks to the surfing lifestyle and unusual waves that have become his hallmark. Gravy is the ideal person to watch if you want to have a nice time while seeing someone else achieving their goals and living the dream.

Koa Rothman, the founder of the surfing channel on YouTube known as This Is Livin’, is known for traveling to locations such as Tahiti, Indonesia, Fiji, and Hawaii, which are known for having particularly powerful waves, to shoot some of the most breathtaking videos that are currently available. It is not a disadvantage because Rothman is an engaging and truthful presenter who leads an appealing lifestyle.

Not only do his videos provide a fascinating look behind the scenes at how he and his surfers on the North Shore operate, but they also disclose some genuine insights that come along with the waves that are so stunning to behold. His movies are available on Netflix.

Koa was created to amuse people. The Smith Brothers will take you along on their travels and everyday activities to teach you anything from surf instruction to healthy routines and vlogs documenting their travels.

Chris Monroe’s YouTube channel, Beefs T.V., has interviews and footage of some of the most talented surfers in Southern California, including Kalani Robb, Tyler Stanaland, Blair Conklin, JJ Ayala, and Johnny Redmond. It features professional surfers, soft borders, and skimboarders from the United States.

It is peppered with comedy from Chris Monroe and rough filming, all of which combine to make it incredibly addicting. There is a lot of foamy action and wonderful videos of skilled riders having a great time.

Why Can’t I Watch YouTube Surfing Videos in My Country?

Some nations impose strict censorship on YouTube, which compels internet service providers to prevent its citizens from accessing the website and mobile app. However, you can still watch surfer videos on YouTube by using a VPN. You can maintain one’s anonymity by its chrome extension. You will be able to access the site without being monitored if you connect to VPN no download, which means a VPN with no limits and activate the anonymous or private browsing mode.

For Example, with the VeePN for Chrome, you can access the experience of watching the videos restricted in your country. Because this VPN has a free trial benefit to it you can start using the VPN right now. With the chrome VPN extension, your searches and watch history will not be linked to your Google account or advertising I.D. Additionally, the VPN will conceal the fact that you are viewing YouTube from both your Internet service provider and the local network administrator. Connecting to the VeePN may circumvent YouTube’s region locks.

Surfing is a great hobby as well as a sport. If you are a fan of surfing, these Youtube surfing channels will certainly make your day. If you have your personal favorite, let us know in the comments.