“Jellyfish.” Stings from this mis-named ocean species can hurt or kill, though not all jellyfish are poisonous. Jellyfish are more aptly named sea jellies because they are not fish, but actually invertebrates. They are related to corals and sea anemones and have no head, brain, heart, eyes, ears, or bones. They feed on plankton and rely on their net of tentacles that contain poisonous, stinging cells, which is why humans tend to fear them.

Recently, thousands of jellies have been arriving nearshore and on the beach in San Diego and Orange counties. Even as they lie on the beach, the tentacles of these jellies can sting, especially if they are still wet.

A recent Los Angeles Times article noted that this unusual “pack” of jellies probably moved in due to the recent red tides—where plankton (their food) bred in large numbers. Though winds and currents will affect their path, they are expected to arrive in the Santa Monica Bay region very soon, so keep an eye out. 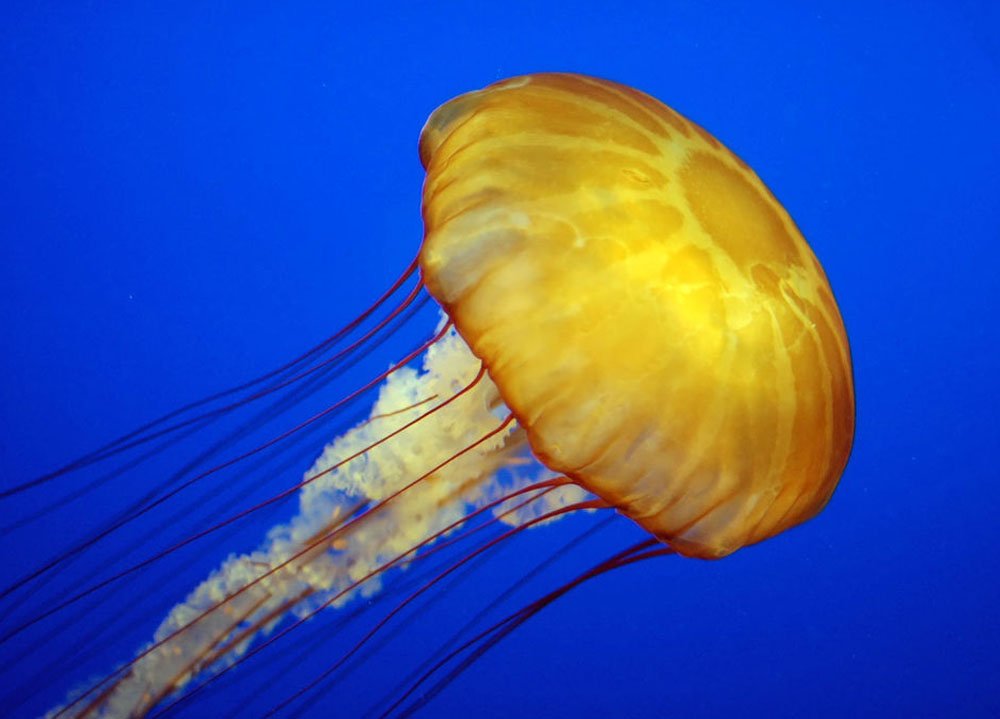 What happens if you get stung? Immediately wash the wound with vinegar or rubbing alcohol. Other home remedies include making a baking soda paste (with a very small amount of water) or using meat tenderizer. It isn’t a good idea to rinse the stung area with water, as that can reactivate the poisons. If there’s a lifeguard nearby, go see him or her as they usually have first aid for stings. 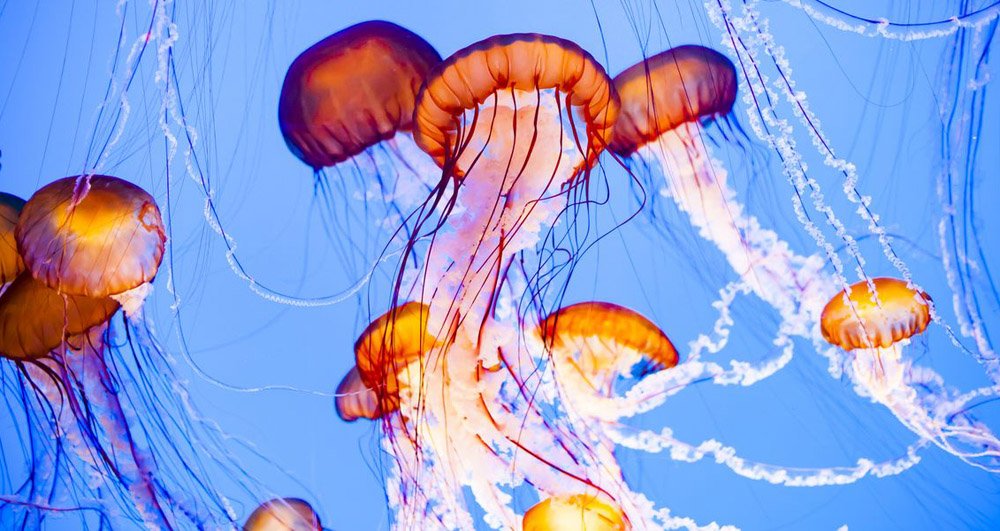 Do pay attention to potential allergic reactions. Major stings can cause respiratory interference—much like a severe asthma—that needs to be treated immediately.

While some extensive stings can be fatal, most are not and will eventually go away, especially if you deal with it right away.
Want to learn more about jellyfish? If you Google the word (and include “California” or “Southern California” for a more local perspective), there are many sites with more information than you’ll ever need.