We realize that Ben is not a “South Bay Shaper” but his influence on modern surfing has affected all of us. His major contributions to shaping are such things as the ever so popular swallow tail, the “stinger” and the modern longboard. Considering his contribution we felt it necessary to do it.

Ben Aipa was born in Honolulu in 1941. The second oldest of three kids, he excelled in sports. In high school he was a “jock”, playing football and swimming competitively consumed his time. He swam close to national times and played with the pig skin with great skill. When high school was over he went on to play semi professional football. His build (5’8″, 240lb.s) at the time afforded him to hold positions as linebacker, fullback and center. His career in football ended with an injury that occurred while at work. 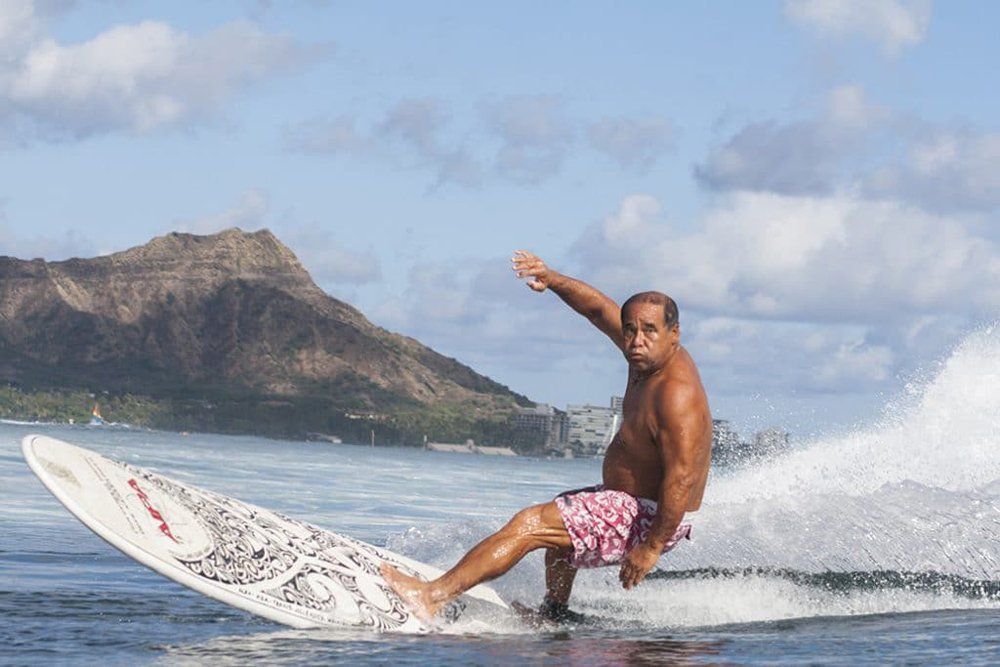 Pissed off and looking for something to do in paradise he and his cousin chipped in one day and rented a surfboard. Ben was an accomplished swimmer and bodysurfer at the time. “We flipped a coin to see who would try first, my cousin won. After a few tries he gave the board to me”. In 1961 Ben paddled out for the very first time at age 25. “I took off on my first wave, stood up and rode it the whole way. That was it”. At the time Ben really didn’t know anyone who surfed. One day a couple months later he got into a tangle with a guy who was a really good surfer (who probably didn’t realize he was picking an ex-linebacker to beef with). From that point on Ben set out to be the best at his new found sport. As Ben put it “learning to surf was like playing football” implying that the punishment was par for the course.

Ben surfed 365 days straight that year. He watched locals like Conrad Conha who was a “hotdogger” at the time. “He was one of the only guys who was surfing his board as opposed to just riding it”. “The first outsider (guy from the mainland) that caught my eye was Dewey Weber with his cutback. Wow!
During the next few years Ben spent some time with “Joe”. When asked what Joe’s last name was Ben replied “He knows who he is”. Joe was the one person who inspired Ben. He got him interested in surfing overall. Ben entered his first contest in 1965 at age 29. He went on to win that contest (and many more).

In 1966 Ben began shaping. It was a time when surfing was entering a time of change. “I was here, right here and I saw everything happening right in front of me”. Boards were changing; guys were going from the traditional “tankers” to shorter boards, 9 feet and smaller. That year Nat Young won the World Amateur Contest on a 9-foot board.

By 1968 the Hawaiians, Californians and Aussie’s all showed up in Puerto Rico with their versions of the short board. “At the next World’s in Bells Beach, circa 1970-71, Wayne Lynch won on a 6 foot board”. Surfing had seen a drastic change in boards and style. Slide slipping a single fin was in.
T
he big change came when two kids that rode for Ben made it to the World’s at Oceanside in 1972. “These two kids sat off the left side of the jetty and made it all the way through the finals to win on swallow tails”. Those “kids” were Michael Ho and Larry Bertlemen. Ben explained that some people had tried tails similar but he made them deeper and more defined. “I picked the name swallow tail because of the way the bird makes really fast turns”.

One day in the mid 70’s Ben was watching some guys surf and had a thought. Two days later Larry Bertlemen was riding the first “Stinger” and ripping it.

As years past Ben saw a need for a longer board for guys who didn’t surf everyday anymore (family, jobs, etc.). He began to implement his knowledge of shortboards into a faster, more responsive longboard. Today we see these boards everywhere, narrower, smaller tails, fin placement, etc. 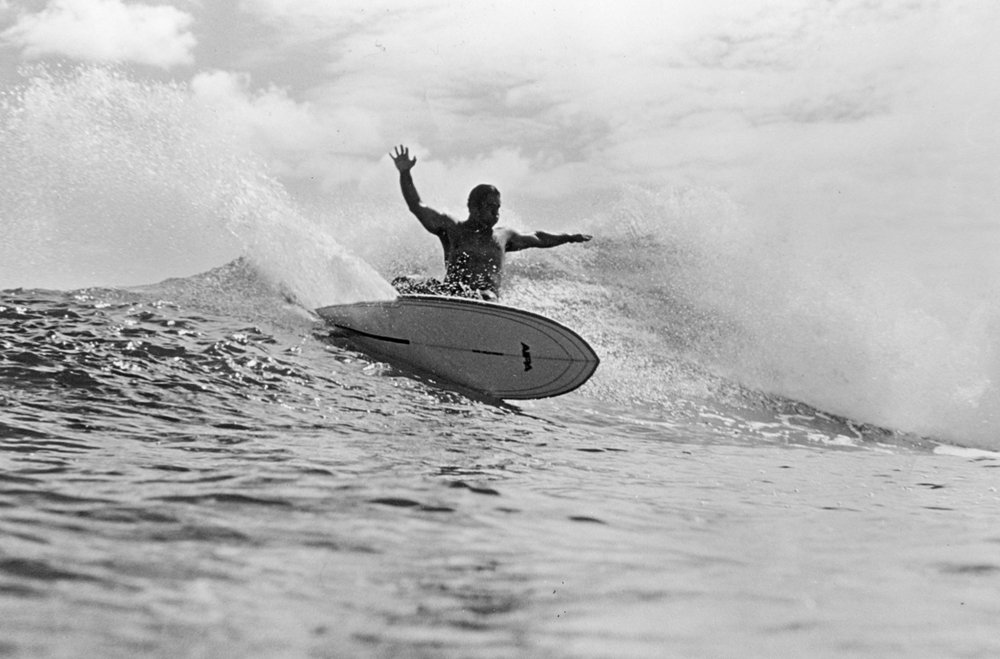 When asked about the current short board Ben believes that most of them are all very similar. “If you change the brand names around you can’t tell one from the other”. The last real impact was Al Merrick and Kelly. “Al defining the double and single barrel really forced shapers to work with rocker”. “These days guys are not afraid to go bigger, thicker, wider. The beveled rail is a great example. People are able to stay on the wave even after it dies out”.

Ben could not be specific when asked about his best surf trip. He only replied ” there are too many, they all had there place and time” ( I hope that is my future response). His biggest life changing event was the birth of his oldest son Akila, now 31. Ben has two other kids Duke, 24 and Lokelani, 22.
First and foremost Ben owes it all to Mother Nature. When asked who he would like to thank he replied “Duke Kahanamoku and Rabbit Kekei”.

Currently Ben still shapes boards in Honolulu. You may have seen a few Aipa’s in the water. If not, you may happen to see that green Honda van in the Porto parking lot with the little white dog (who thinks he’s a lion) protecting Andrew’s “Aipa Arsenal”(herein after AAA). Check them out. I personally have ridden one. The feel is true and they fly. What really impressed my the most was Ben’s superior attention to detail and how he makes a 3 inch thick board feel 2 1/2. They’re not cheap, but neither is a Porsche.